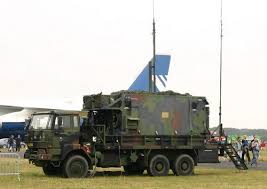 Patriot battery command post provides sheltered communications, computer and display facilities, as well as working space for the battery commander and his staff. BCP equipment includes a high mobility, multi-purpose, wheeled vehicle (HMMWV), with a deployable rapid assembly shelter (DRASH) modular tent, which attaches to the backside of the vehicle.

The Patriot CRIP program replaced badly worn equipment with re-capitalized assets for deployment to active Patriot Batteries worldwide without interrupting their operational readiness. This was accomplished using a “waterfall” production approach. This approach took extremely worn and abused assets as a starting point. The assets were rebuilt to like new condition, required upgrades to the equipment were performed and all equipment passed operational testing before they were deployed to an active Patriot unit. Once the re-capitalized and upgraded equipment was inserted into the unit the replaced equipment was cycled back to Huntsville for the next round of recap and upgrades.

This program required several key contributions from CFI. CFI did the Shelters, vehicle appearance and shelter recapitalization. The work had to be finished on time, to an exacting standard and it had to be coordinated with a Prime Contractor and a Depot.